Elegant. Sophisticated. Luxurious. Make a unique statement at your wedding or special event in a custom Smoking Jacket from King & Bay in Toronto.

If you are looking for an elevated, individually curated clothing experience, contact us. 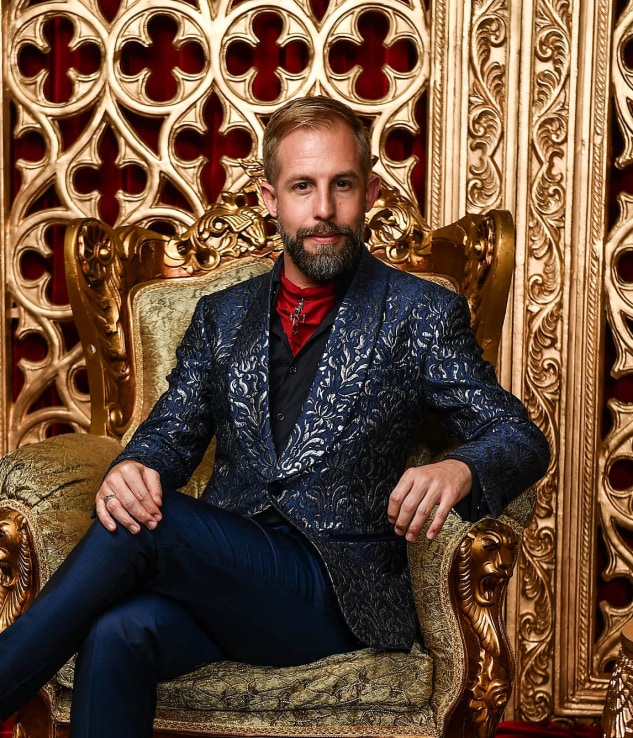 What is a Smoking Jacket?

First used in the sixteenth century, the Smoking Jacket had quite practical origins, as the name would suggest. Gentlemen would wear Smoking Jackets when smoking at home in order to protect their clothing from tobacco smell and ash.

In the nineteenth century, Turkish tobacco became increasingly popular, and after dinner, men would retreat to the parlour with a cigar while wearing a Smoking Jacket.

Over the years, style icons like Dean Martin and Frank Sinatra made the modern Smoking Jacket a thing to covet, pairing their jackets elegantly with a black bow tie, formal trousers, and either patent oxfords or Prince Albert slippers, for a look that still stands out today.

Now the custom clothiers at King & Bay bring you the modern Smoking Jacket – a look that definitely makes a statement. Are you ready to join the club?

A smoking jacket offers flexible style options. For a classic or formal event – think a wedding or a gala – a smoking jacket with tuxedo pants is an unbeatable style statement. On the other hand, you can pair the same smoking jacket perfectly with designer jeans for a casually elegant look.

However you wear your smoking jacket, the fabric is a key element in the 'stand out' effect. Although other fabrics are possible, at King & Bay we design our signature smoking jackets with beautiful silk jacquard.

Silk jacquard is a coveted fabric, rich in both visual and tactile texture. It conjurs up a time when a well-made jacket could transform a man.

Discerning clients who choose a silk jacquard Smoking Jacket from King & Bay join an exclusive club in which their personal statement is expressed through detail and craftmanship. Take your smoking jacket a step further with a custom lining and you'll guarantee one-of-a-kind status.

Whether you're dressing to rock 'n roll like Bruce Buffer in the UFC ring, saying 'I do' to your bride on your wedding day, or simply want to make a sophisticated statement at your next fete or gala, you'll stand out in a custom smoking jacket from King & Bay.

You will be noticed. Enjoy it. 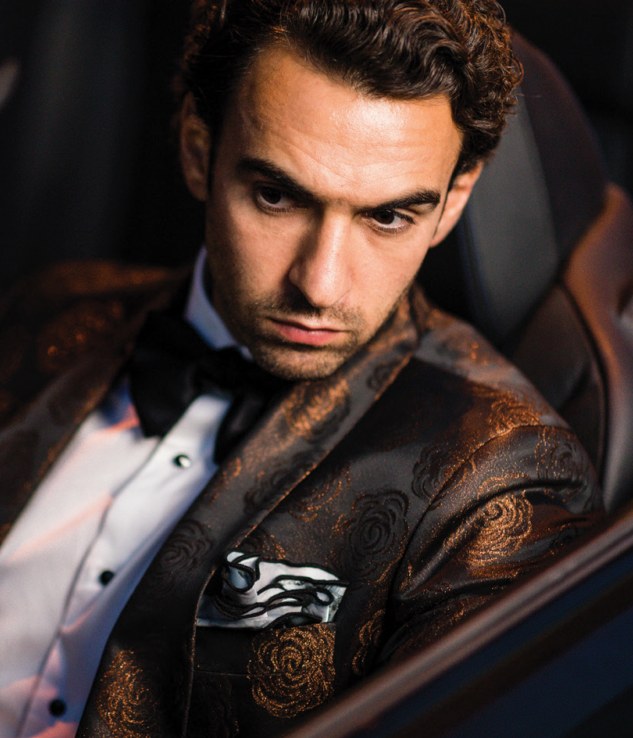 Try us on for size. We guarantee your satisfaction.

This Emerald Smoking Jacket is the perfect jacket to wear for a summer formal event. Paired with emerald green trousers and ivory tassel loafers, this jacket will ensure you stand out in the summer sun.

This bold Sage Green Smoking Jacket is the perfect jacket to wear to an evening party to stand out amongst the crowd. A white shirt open collar with a pair of evening loafers coordinates perfectly with this jacket.

This Rose Smoking Jacket is fantastic for a summer formal event. Due to its light rose colour, choose to coordinate a darker merlot trouser, white shirt with merlot studs and a merlot velvet bow tie to contrast the pastel nature of this fabric.

This Smoking Jacket features an elegant pattern that will surely attract attention. Pair with a white shirt and plum or navy velvet bow tie for a well coordinated look.

Worn by Bruce Buffer to UFC 254, this smoking jacket is a standout piece with incredible sheen. Pairing perfectly with a white shirt, black trouser and bow tie, this jacket is perfect for fight night.

This Silver Smoking Jacket is a fantastic choice to stand out at an evening gala. Wear this with a white shirt, black trouser and bow tie as an alternative to a black tuxedo to stand out in the crowd.

Worn by Bruce Buffer to UFC 246, this Smoking Jacket is a piece of MMA history. Perfectly paired with a coordinated lavender bow tie to match the satin lapel, this jacket is perfect for fight night.

This elegant Copper Rose Smoking Jacket is the perfect formal jacket for grooms to wear for their wedding. The copper colour stands out while the glitter rose pattern is the perfect fit for a wedding.

This Ice Blue Smoking Jacket features a raised raw silk abstract pattern that differentiates it from other jackets. Because the pattern features a navy hue, we designed the jacket with navy satin lapels and coordinated it with a navy satin bow tie and navy trousers. Wear this fantastic jacket to any summer formal outdoor event to stand out.