For his wedding to Patty Zou, Drew Maclennan wanted to honour his heritage with custom designed garments for his dad and himself. 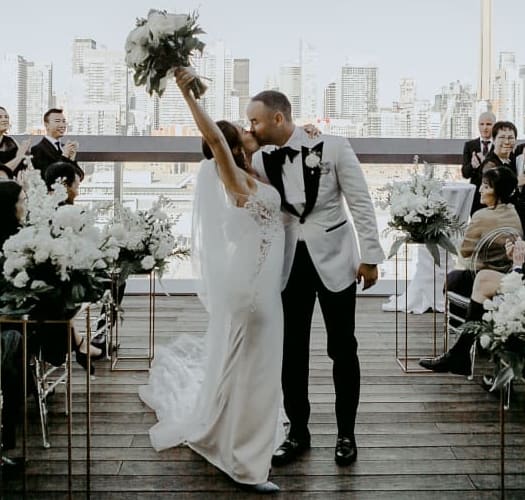 For his wedding, Drew was very clear – family is everything.

We were honoured to work with Drew Maclennan whose commitment to his family and heritage made the design of his wedding ceremony and reception garments a real treat for Master Clothier Michael Truong.

Drew's heritage on his father's side is Scottish, and he wanted to merge the old and the new through the fabric – the tartans for both his fathers jacket and Drew's reception pants were imported directly from Scotland.

Drew wore the 'Modern Maclennan Tartan', while his father's jacket was made from a roll of fabric handed down from his parents, John and Margaret Maclennan – the 'Ancient Maclennan Hunting Tartan.

Meaningful. Memorable. It was a stunning day for Drew & Patty.