Cashmere vs. merino wool? What makes a great mens sweater?

Wool has been used for centuries for mens clothing, but in a contest of two favorites for mens sweaters – cashmere versus merino – is there a clear winner? 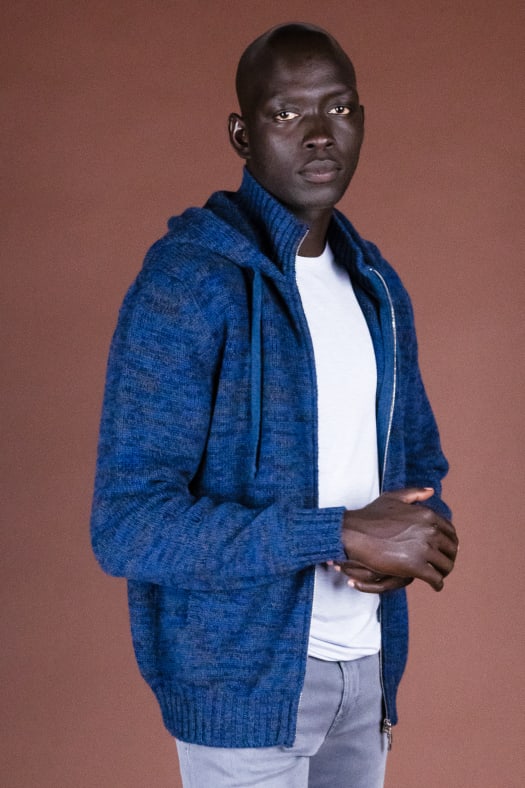 Wool is a natural fibre, also known as fleece, that covers the skin of a variety of animals including sheep, goats, and alpacas. The fibres are collected during the annual shearing of the animals, and then processed.

Regardless of which animal produces them, the 'crimped' nature of the wool fibres makes them an effective insulator against the cold. The quality and other properties of the wool, however, vary considerably, depending on the type and breed of animal.

Merino wool is a soft, refined wool from Merino sheep, which are raised mostly in Australia and New Zealand, and bred to produce very fine wool fibres.

Merino wool is warm yet lightweight, breathable, and moisture-wicking. It retains its shape without wrinkling, making it  a superb material for performance clothing and travel.ion. Merino wool clothing has certainly proved its mettle for the wearer who enjoys an active lifestyle.

Cashmere is produced from the fibres that make up the soft, downy undercoat of Kashmir goats that originally inhabited areas in China, India, Iran, Afghanistan, and Iraq.

Collecting these particular fibres is a laborious task that must be done by hand during spring molting season – resulting in a relatively small yield, which explains why it is relatively rare and considered a luxury item. Cashmere wool translates into luxurious fabrics with a silky feel and beautiful drape – as evidenced by our Cashmere Collection mens sweaters and sweater jackets.

Warmer: Cashmere can be seven to eight times warmer than merino wool.
Softer: Cashmere has a higher loft, which makes it softer.
More Durable: Merino wool is sturdier and resists pilling more effectively.
Easier to Care for: Merino generally requires less care in washing.
Dressier: Cashmere is a more luxurious fabric with an elegant drape.

For this years luxury look, choose cashmere. VIEW THE COLLECTION ›